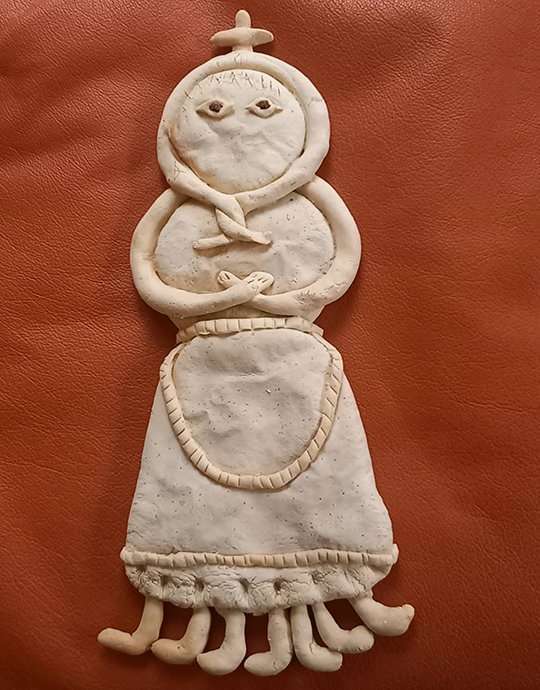 Easter is the most important religious celebration for us, Greek Orthodox. We fast to prepare our bodies and souls to receive the spiritual gifts brought to us through His death and resurrection. Fasting lasts for 48 days and it begins on Kathara Deftera (Green Monday) end ends at midnight on Holly Saturday. This period is called Sarakosti (Lent). The name derives from the Greek word Saranta, which means forty. It is called so, because it takes place in remembrance of the forty-day fast of Christ in the desert and was established in the 4th century.

In true Greek fashion if something has a name, it should also have a face, so Sarakosti took the form of a woman and became Kyra (Lady) Sarakosti. She is not a pretty sight! Housewives traditionally baked non-edible dough dolls representing Kyra Sarakosti. The dolls were knead only with water, flour and salt, which is a natural preservative, so that the dough doll would last.

The doll has neither ears, nor a mouth to remind people that during fasting they should not listen to gossip and bad mouthing and be careful what they eat. She is dressed in a traditional dress; her hands are joint together in prayer position and bears a cross on her head, symbolizing reverence and spirituality. She had seven legs, because fasting last 7 weeks. Every Sunday during the fasting period, people would break off a leg counting down to Easter Sunday. Kyra Sarakosti’s last broken off leg would be placed inside the Easter pie or hid inside a dried fig and placed in a bowl full of dried figs. Finding the hidden leg would bring good luck.

Nowadays, children at school create Kyra Sarakosti out of fabric or paper and paint her with bright colors observing an ancient custom. Therefore, if you visit the heartland of Legends around Eastertime you might come across Kyra Sarakosti hanging in a shop, a house or a cafeteria. 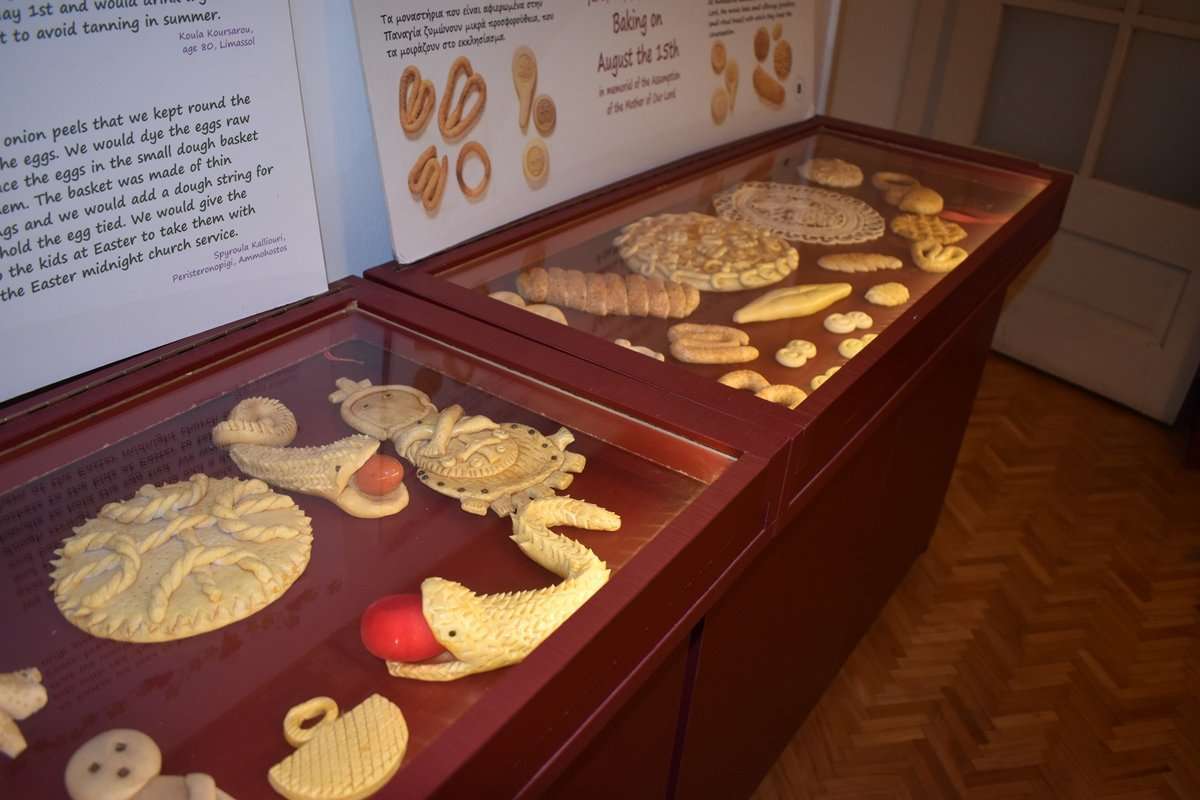