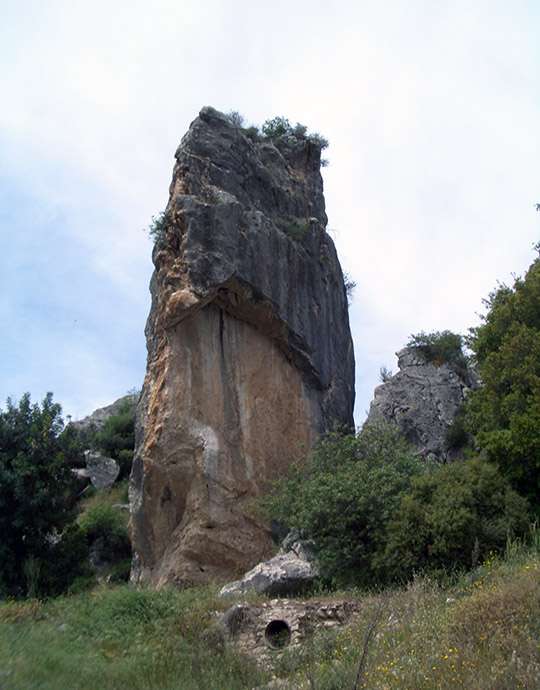 Αn admirable natural wonder, an impressive natural landscape with massive stones of crystallized coral limestone, stands proudly near Mamonia village. It consists of two large leaning rocks that touch each other leaving a narrow passage between them. And as every rock has a story to tell, so do these imposing rocks that are called “Hassampoulia”.

The name derives from a 19th century story of a Turkish Cypriot fugitive bandit. He and his two nephews were chased by the authorities, and they found refuge there, on the rocks. They climbed the largest rock where they hit their loot. From there, they watched the passage and attacked and robbed passers-by.

The family of Hassan Ahmet Polis (Hassampoullis) originates from Episkopi (Lemesos District) but moved to Mamonia village (Pafos District). Hassan was an outlaw, also known as Poullis or Poulli, which means bird in Greek.

Hassan was passionately in love with Emete. When he found out that his best friend Haireddin had made an obscene proposal to his beloved, he had to take revenge. Three times did he attempt to ambush and shoot Haireddin, but in all three cases he failed.

After several unsuccessful vengeance attempts, Hassan finally got arrested. He was sentenced to 7 years in prison, but he soon escaped and took refuge in the mountainous woods of Pafos region. After two years on the run, he fell ill with malaria and had to give himself in to the police. He was sentenced to death, but his sentence was turned to life imprisonment in Lefkosia prison.

In the meantime, his two nephews (Mehmet Ahmet, a.k.a. Kaimakkam, and Houssein Ahmet, a.k.a. Kavounis) followed in the footsteps of their uncle. Despite their serious crimes like murders, the police were unable to arrest them because they were helped and hidden by villagers.

When they finally got arrested, their uncle Hassampoullis decided to escape. With the help of two other prisoners, they overpowered the prison guards but were chased by a squad. The chase took place in the banks of Pedieos River where Hassan Poullis was shot and killed.

Since then, the “Hassampoulia” rocks have been associated with this family of bandits and whoever passes by recalls the notorious villains. Today, these rocks are taken over by climbers who enjoy the mesmerizing views of the “Diarizos” river valley with its rich riparian vegetation. 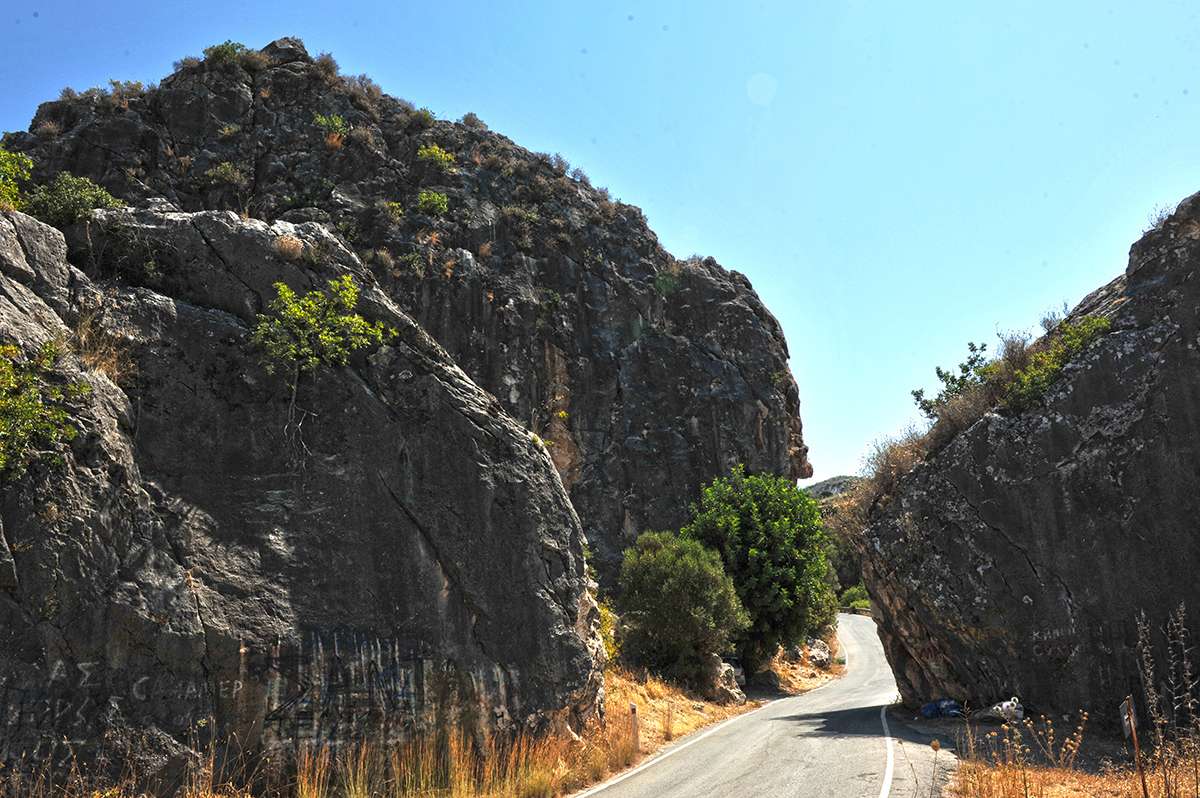 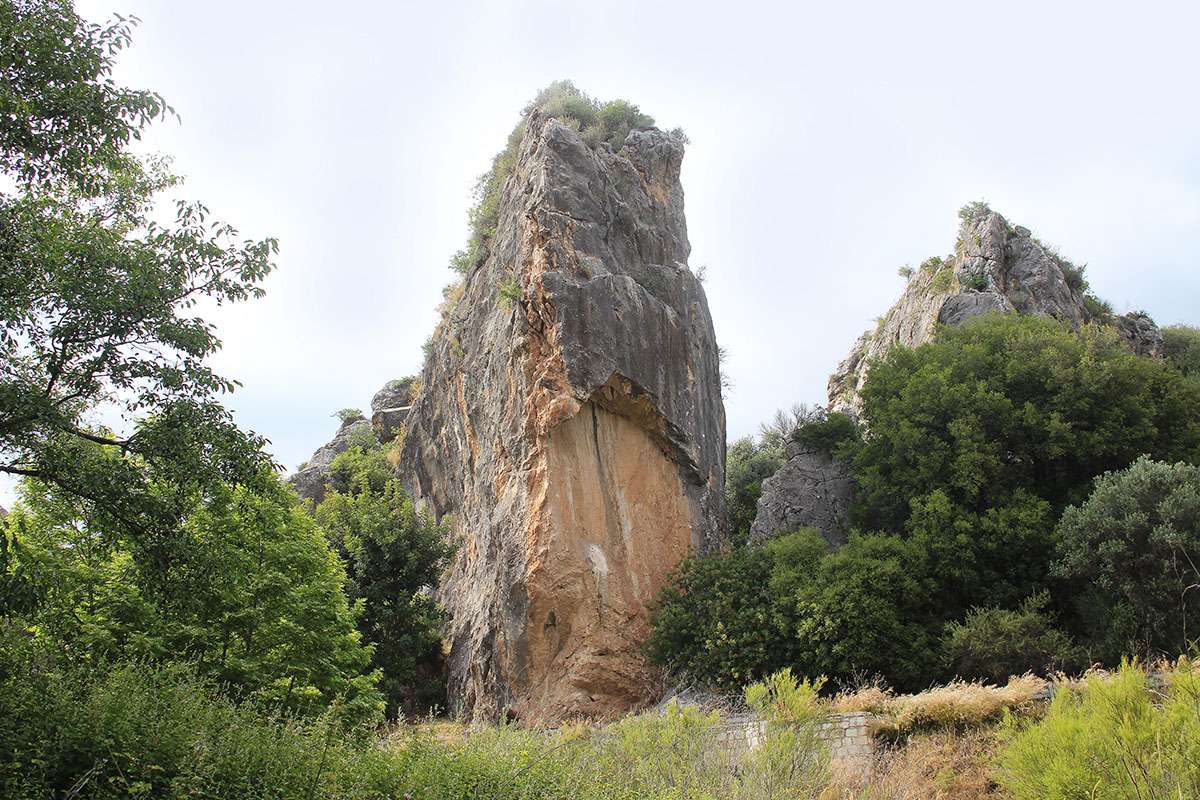