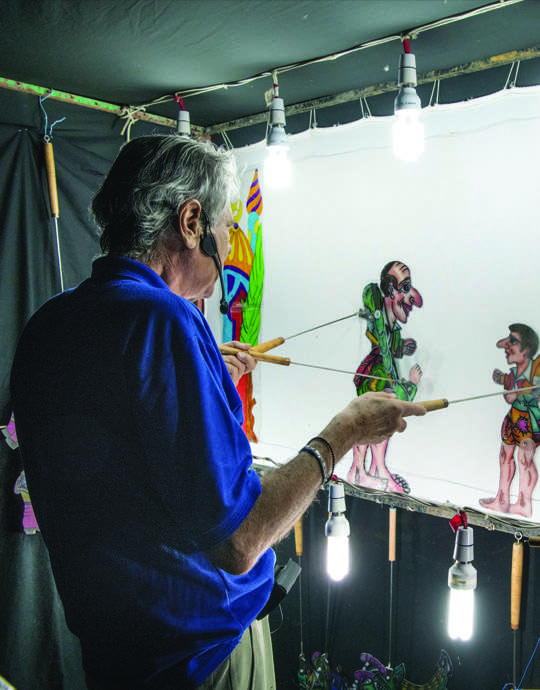 Under the mid-summer starry sky shadows come alive, ready to perform in front of your eyes. The main hero of our shadow puppet-theatre is always Karagkiozis (black eyed man), surrounded by his wife Aglaia and their three kids, “kollitiria”, also referred to as “Mirigkogki” and “Koprites”. Among the other characters who accompany Karagkiozis in his funny stories are Hatziavatis, Omorfonios, Sior Dionisios, and Veziropoula. All these characters form a society with lots of daily troubles, complaints and conflicts caused by a corrupted and unstable social, economic and political environment. The stories are drawn from the Greek mythology, religious and folk traditions, as well as from contemporary life. 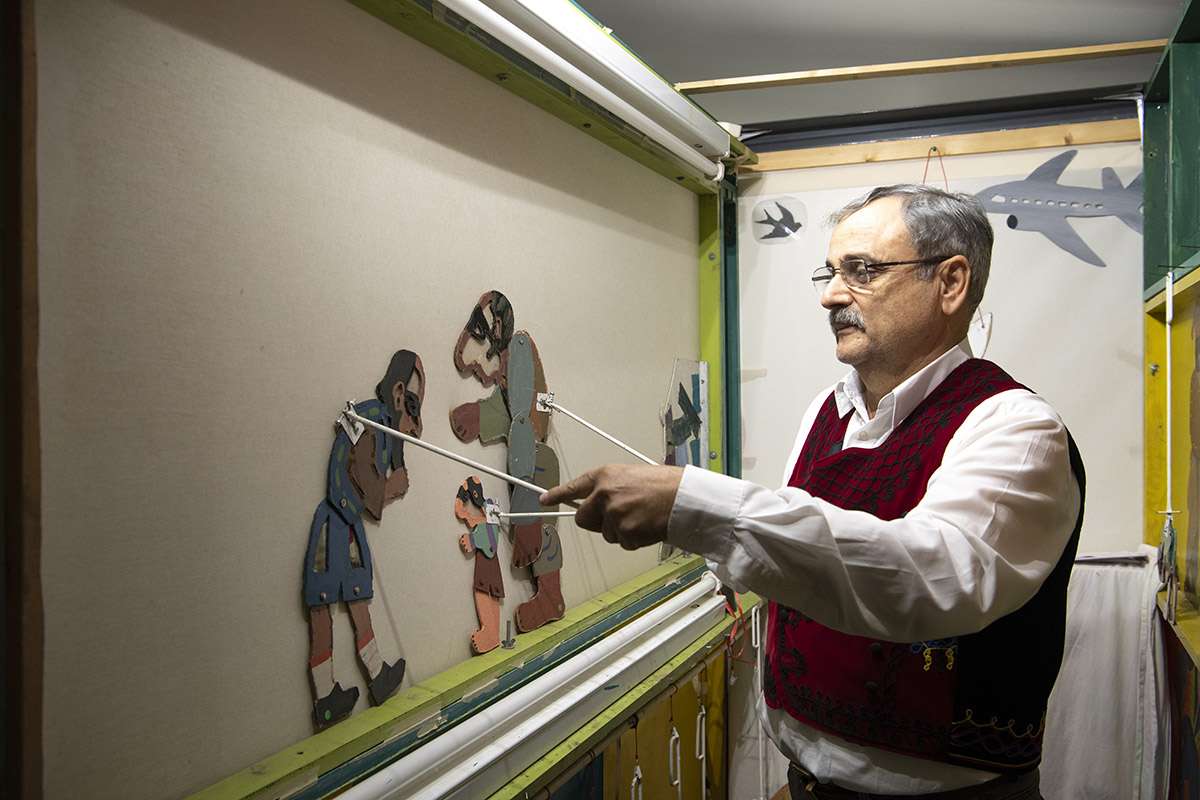 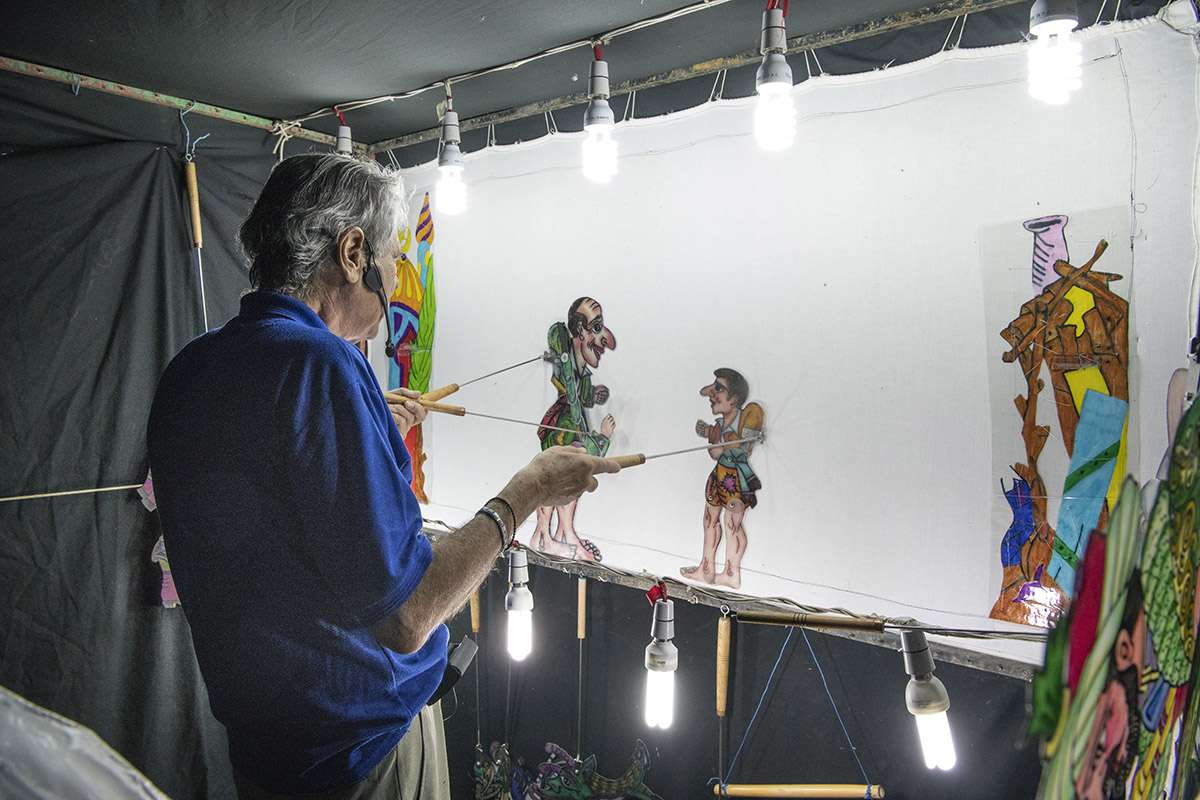 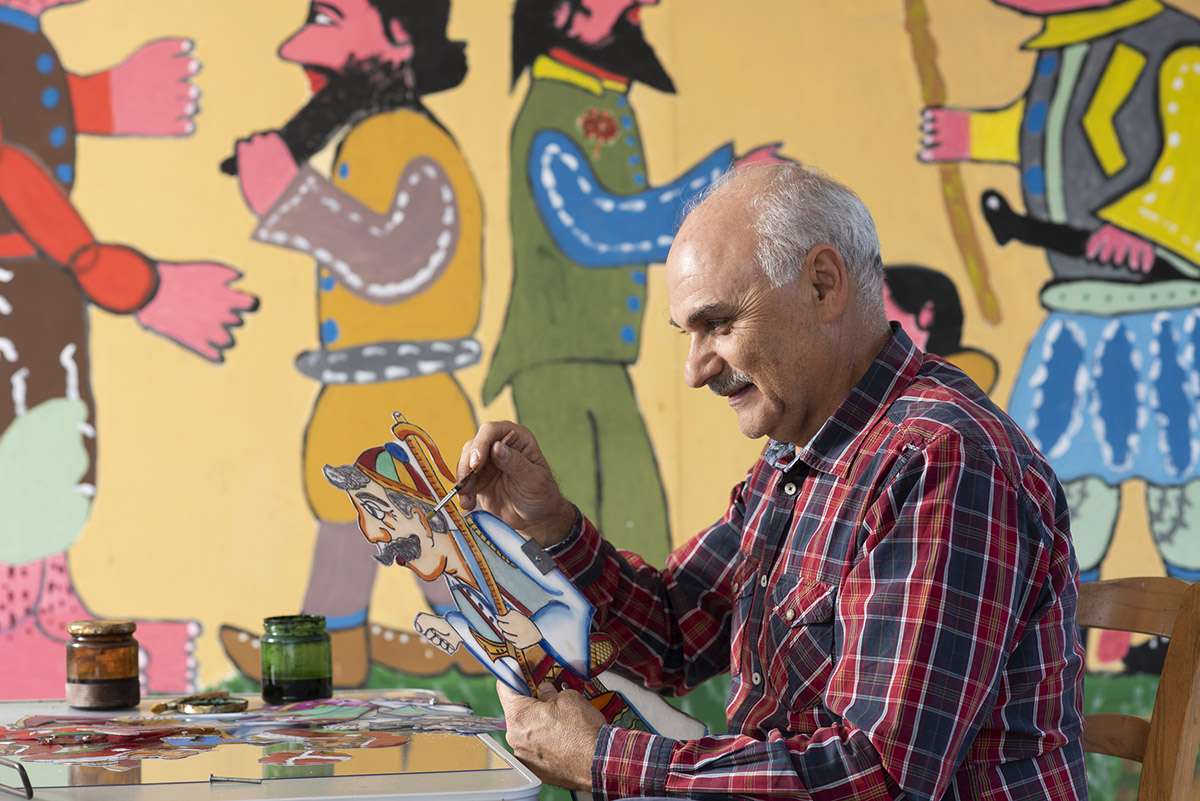 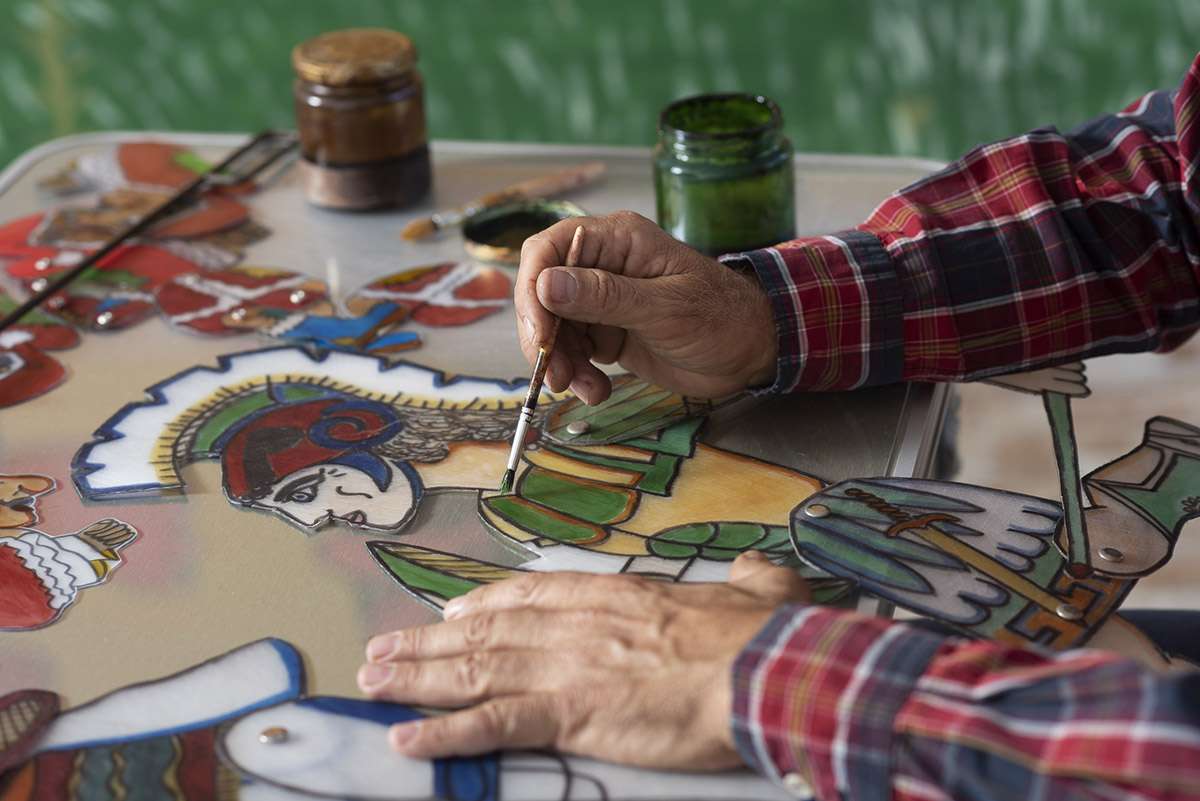 Each character in the story has a special symbolism and plays a fine role in the show. Karagkiozis is poor but cunningly active, therefore, he always finds himself in all kinds of troubles.  Aglaia is the typical wife who tries hard to keep the family in balance, the “kollitiria” are naughty kids, Hatziavatis is Karagiozis’ companion in his adventures, Sior Dionisios represents the upper class, even Thirio (the Beast) has an important role, representing all the maleness in the world.

Shadow theatre is often a one-man-show.  The puppeteer, “karagkiozopektis”, is usually the writer, the director, the craftsman, and the actor. He stands behind the “mperntes” (usually a stretched white sheet used as a screen, placed in front of strong light). An important aspect for the success of the show is the ability of “Kargkiozopektis” to alter his voice when playing a different character, and to create the sound effects: steps, slams, animal sounds and so on.

Before he gives life to the shadows during the show, the artist needs to craft the figures in his workshop. He draws on paper or sculpts the figures on a hard-pressed carton or on a thin sliced wooden surface. Then he cuts and pins them on special tongs that create a sense of movement. He also applies artistic techniques such as cyanotype print (blue-print) for the projection of the surrounding environment.

The Shadow Theatre is an ancient kind of theater that still brings laughter and fun to both kids and adults. It was first appeared on the island in the early years of the 20th century, brought by the Greek shadow puppeteers who came to Cyprus to perform shows. In 2016 it was registered as an intangible Cultural Heritage of Cyprus in the UNESCO`s catalogue.

Check out the program of our scheduled festivals in the Heartland of Legends villages and make sure not to miss these phenomenal performances all around the island.