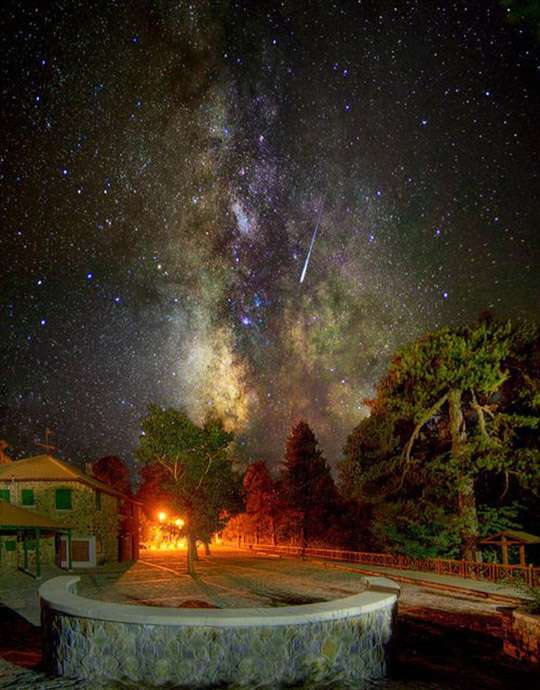 Perseids – Wish upon a Star

We all need a bit of magic and a dash of stardust to spark our lives!

Look up at the August starry sky and enjoy a prolific astronomical phenomenon: Perseids, or, as we call it, “peftasteria” (falling stars). What you see are not actual “falling” stars, but a meteor shower, a stream of particles ejected by the comet Swift-Tuttle.

When you see “peftasteria”, you must be quick and make a wish!  According to folk tradition, shooting stars indicate that at that certain moment gods have their eyes on Earth; they listen to people’s wishes and make them come true.

Do you know the legend behind Perseids falling stars? According to Greek Mythology, Asteria was the Titan deity of shooting stars. During the fall of the Titans, Zeus chased Asteria who took the form of a bird and fell from the sky like a shooting star. In its collision with the sea, it turned into Ortygia island, an islet just a few meters off Sicily.

The meteor shower is called Perseids because the point from which they appear to hail lies in the constellation of Perseus. The meteors often graze the Earth’s atmosphere producing long bright trails and sometimes fireballs. They can be seen across the sky, especially between midnight and dawn.

To enjoy the Perseid meteor shower, head out to the villages along the Heartland of Legends route. Far from the urban lights, you can enjoy a clear view of the horizon. Find the ideal location, lie down and make a wish. Who knows, it might come true even before you leave the island!