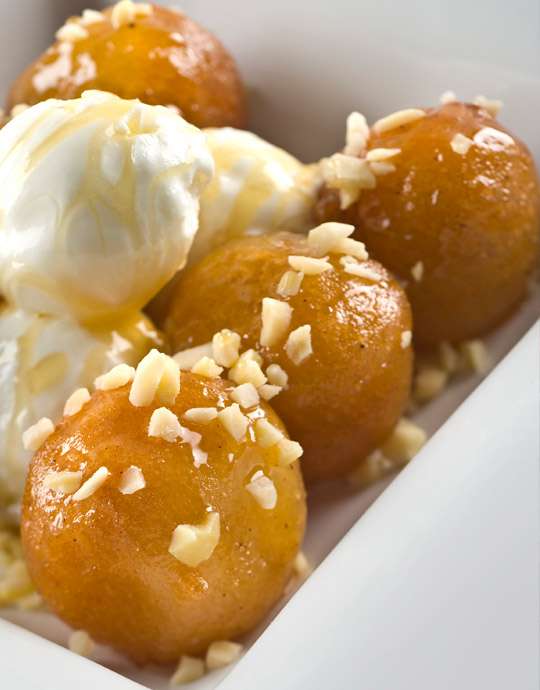 Crusty and golden on the outside, fluffy and airy in the inside! No one can resist these sweet honey balls. Deep fried loukoumades are soaked in either honey or sugar syrup. You may sometimes find them dipped in carob syrup and grape molasses. Modern versions of loukoumades add cinnamon powder on top or garnish them with chopped walnuts or toasted sesame seeds. Make a tweak by topping them with chocolate spread or vanilla ice cream. 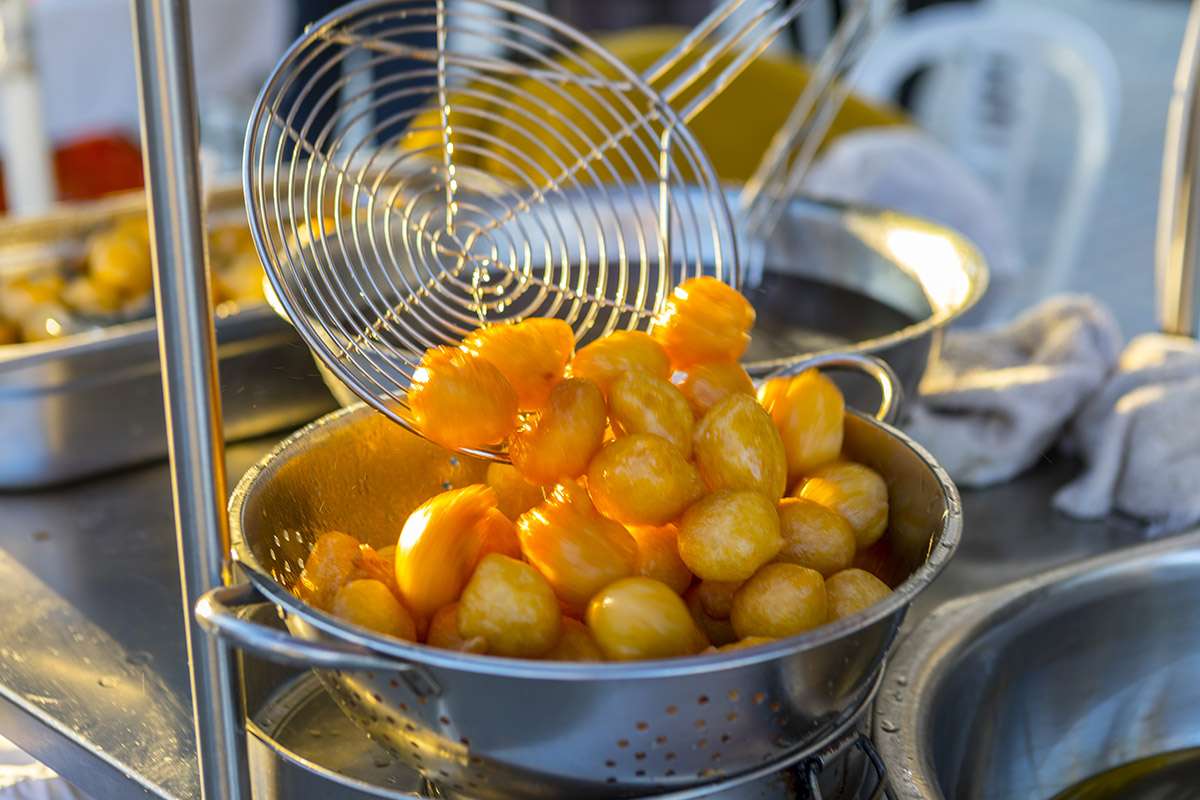 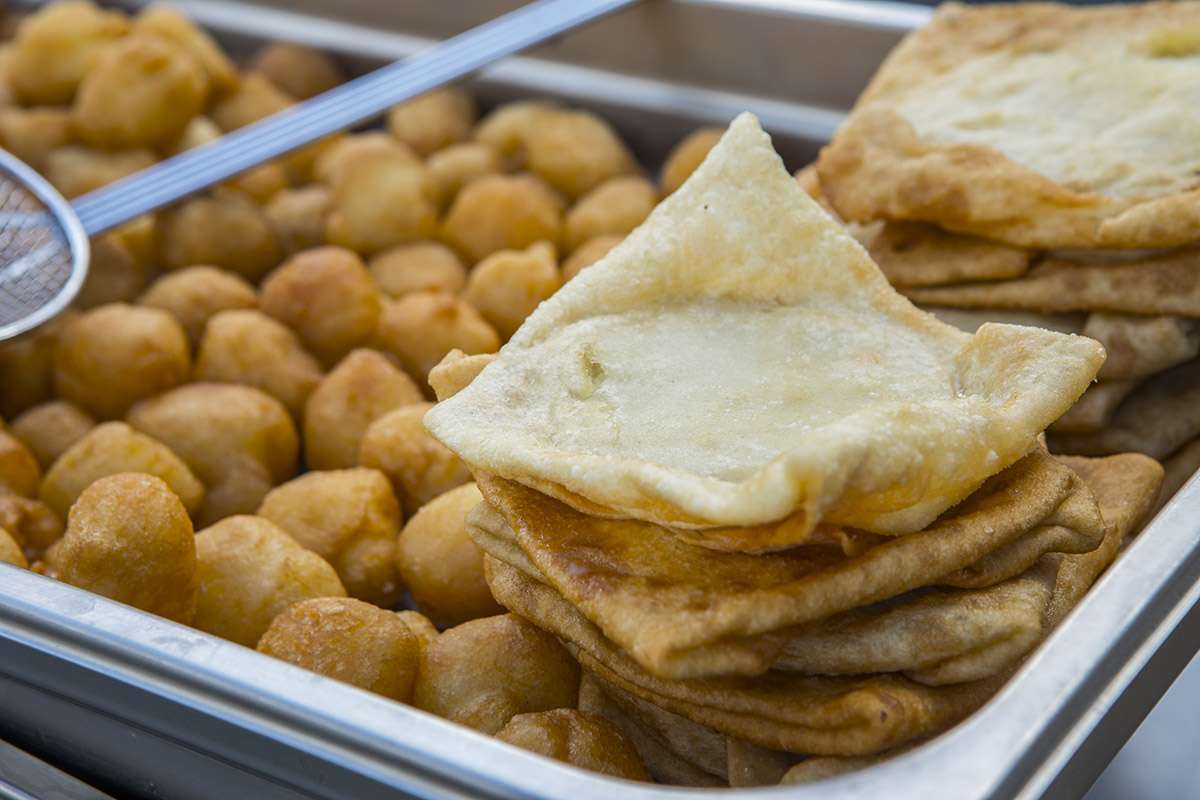 Although the word loukoumas derives from the Arabic word “luqma”, which means bite, the traces of this delicious bite-sized treat are found in ancient Greece under the name “Honey tokens”. Honey tokens were offered as a prize to the Olympians, along with the olive wreath. They are actually the oldest recorded dessert, as mentioned in a poem by Callimachus.

In Cyprus we call them Xerotiana (Xeros means dry and tigani is a frying pan), which are divided in two types: “empata” and “anempata”. Empata xerotiana are made with dough while anempata xerotiana are without dough. The latter is a kind of porridge made of merely flour and water which is beaten well (lazete/λάζεται) before frying. Thus, they are also called xerotiana laza.

Loukoumades are often paired with shamishi. This mouth-watering pastry is a fried dough pocket filled with semolina and dusted with icing sugar and cinnamon.

Honey balls are served at traditional festivals and fairs, but their peak demand is on Epiphany Day (6 January). According to the custom, not only do we eat xerotiana, but we also throw them on the roof, along with pieces of sausages to treat Kallikantzaroi (Cyprus goblins) and shoo them away. We say: Τιτσίν τιτσίν λουκάνικο, κομμάτι ξεροτήανο, μασιαίρι μαυρομάνικο, να φάσιν τζαι να φύουσιν, which translates into “Small little sausage, piece of xerotiano, knife with a black handle, eat and go away”. This couplet urges Kallikantzaroi to leave after eating sweets and cold cuts.

Everyone has to eat loukoumades on that day, so try some if you don’t want to break with tradition. You will definitely not regret it!