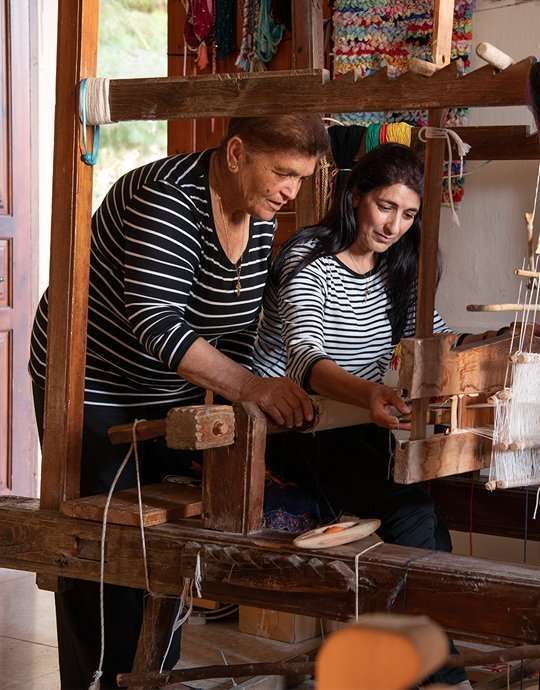 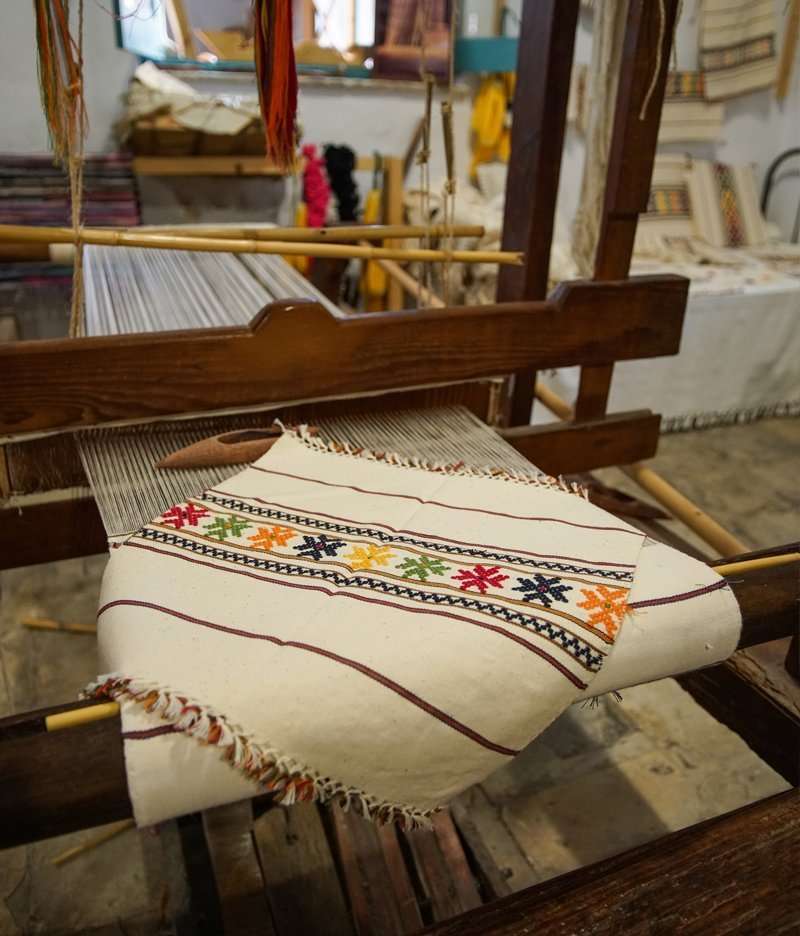 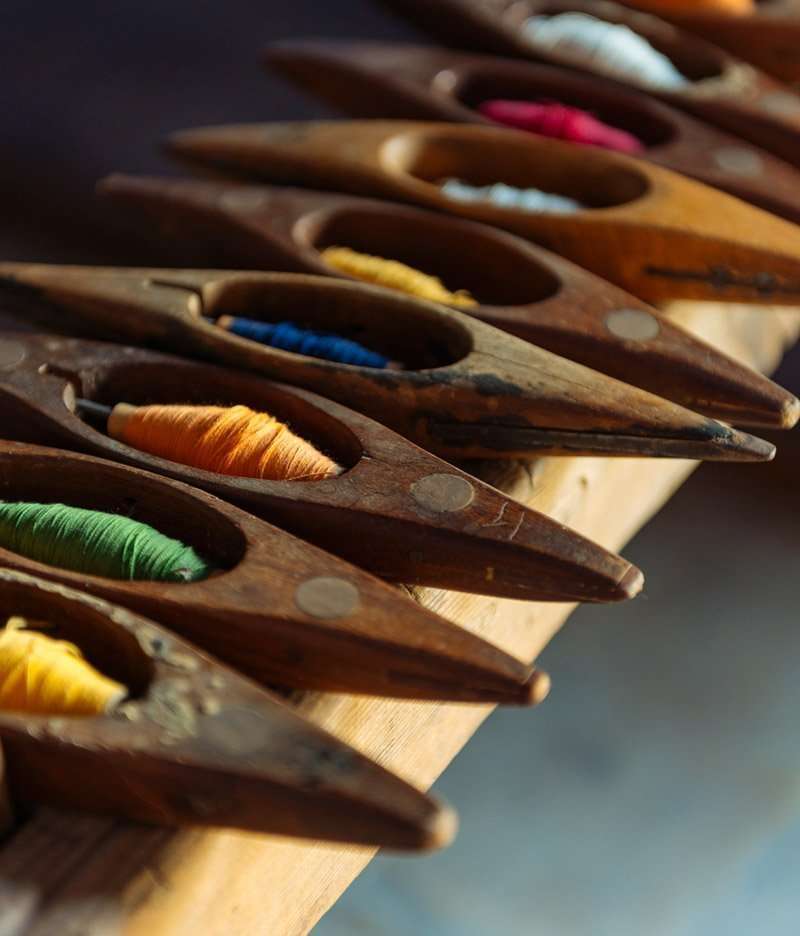 Inspiration may come from many places, especially from the picturesque heartland villages. After visiting a few, you are bound to discover the village of Fyti and its stunning history of embroidery.

If your style is best described as traditional, you will naturally be drawn to the patterns and textures of Fythkiotika, which can tickle your curiosity and feed your creativity. These beautiful fabrics are one of the most important Cyprus embroidery of the loom and are listed in the UNESCO Intangible Cultural Heritage catalogue. They are one of the oldest handicrafts and date back to the Cyprus medieval period (12-16th century).

These elaborate textiles took their name after the village of Fyti, the primary centre of the weaving craft in the Pafos rural area. In Fyti you can visit the Museum of Weaving and Folkloric Art, where you will be warmly welcomed by the owner. He will tell you all you need to know, not just about the village’s rich weaving tradition but also about its fascinating history. A fully operational spinning wheel – “anemi” is one of the main attractions of this quaint museum.

Much like a painting with different brushes and strokes, these historical textiles display the delicate work of the weavers, who use a special traditional foot-treadle floor loom, made by local craftsmen. The weaver intersects the longitudinal threads, the warp, with the transverse threads, the weft. The weaver passes the “saitta” (shuttle) back and forth between the yarn threads of the warp to weave in the weft. Traditionally, the weavers cultivated the cotton, prepared it for weaving by removing the seeds in a cotton gin and turned it into yarn before placing it on the loom. Nowadays mostly readymade thread is used.

Fythiotika stand out for their variety in design and embossed geometrical and colourful patterns. Each design tells the story of everyday life. The names of the designs reflect this; “Mavromatoudes” (Blackeyed girls), “Tesserakarido” (Four walnuts), “Koroues” (Little girls) or “to papoutsi tou daskalou” (the teacher’s shoe – in the olden days, the remote villages of the countryside had limited interactions with the big urban centers. One day, a school teacher arrived from cosmopolitan Lefkosia in Fyti village to work and a young weaver was so impressed by the teacher’s shoes that created a special design). These rows of designs are called “Xoplia” and are separated by other rows called “Mostres”, which have their own names such as “Kamaroua” (little arch), “Psarokokkaloudi” (fishbone) and “Stavrouthkia” (little crosses). The edges of Fyti weaves are finished off with white or coloured “Klosia” (fringes with flocs) which are tied by hand.

Interestingly, Fythkiotika fabrics weaved on a loom (gr voufa) are called “ploumia tis voufas” and are characterised by a variety of vivid colours. These colours were initially red and blue; later on more colours were added to the weaver’s pallet such as yellow, orange and green.

Weaving in Cyprus was traditionally carried out in every household by young girls and women, who would spend years developing pieces to display at their wedding day. Today, the rapid urbanization and the increase of western influence have profoundly affected this artwork, but the weavers adjusted to these changes and create artefacts like scarves, handbags, bedcovers for modern use.

Fythkiotika are not forgotten as the few Fytiotisses who live in the community of Fyti continue to carry this amazing art to the future. Follow the “Weaving of dreams” route and immerse yourself in this beautiful craft by attending a workshop and making your own weave.