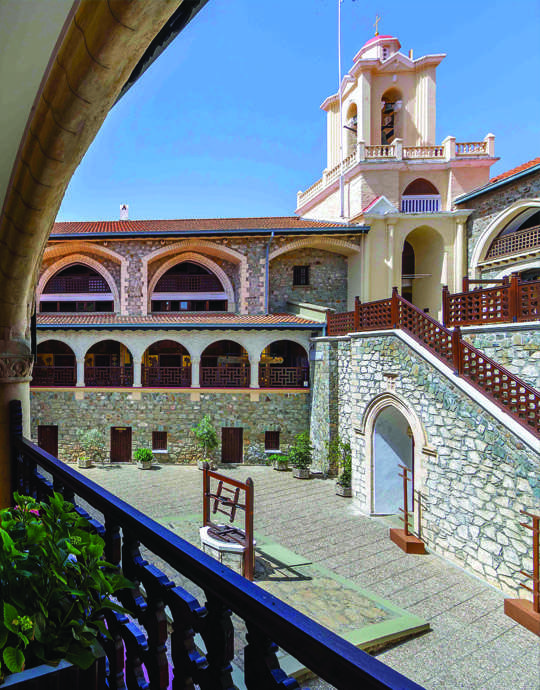 “Dekapentavgoustos” (15th of August) is one of the greatest holidays of the Greek Orthodox Calendar, as we commemorate the Dormition of Panagia (Virgin Mary), that is her death and ascension to heaven. This is such a special holiday for our island, that it is called “the Summer Easter”. Needless to say, it is a public holiday which is usually accompanied with a few additional days off for local businesses.

The preparation of the feast starts on the 1st of August, marking the beginning of a fasting period during which no meat, fish or dairy products are consumed. On that day, the procession of the Holy Cross takes place in the streets of Omodos, Anogyra and Pedoulas villages, exactly as it was done in the 12th century in the streets of Constantinople, commemorating the liberation of the Byzantines from the Saracens during the reign of Emperor Manuel I Komnenos.

On the 6th of August, the Orthodox church celebrates the Transfiguration of our Savior, when Jesus Christ is transfigured into light in glory upon Mount Tabor. On this day, believers may break their strict fasting and eat fish. On August 6, in the villages of Marathasa valley, the farmers take grapes to church where the priest blesses them. This is an ancient custom that has passed to Christianity from paganism, when the first fruits of the season were offered to God.

On the 15th of August, churches and monasteries dedicated to Virgin Mary are in full flow of believers. Kykkos, Trooditissa and Chrysorogiatissa monasteries are the most popular attractions. The ceremony at Panagia Chrysospiliotissa church in Deftera is listed on UNESCO’s Intangible Cultural Heritage List. It is a series of rituals that begin on the 7th of August, immediately after the Transfiguration of our Savior and last until the 16th of August midnight. The icon of Panagia is taken in procession from Agios Nikolaos church to Panagia Chrysospiliotissa church-cave where it remains until the 16th of August. Along the way, the procession stops several times, prayers and hymns are chanted, while women sprinkle the icon with rose water.

The feast of Dekapentavgoustos preserves important aspects of Cypriot folk culture. As it is often combined with summer holidays, it serves as an opportunity for domestic tourism and pilgrimages. Hence, outside mountainous churches and monasteries you will see a line of street vendors selling food or sweets like loukoumades, shamishi, soutzioukko, glyka koutaliou (fruits preserved in syrup), nuts, fruits and vegetables, or even other goods as toys, household items etc.

Dekapentavgoustos is the ideal event for large family gatherings, celebrating the end of the fasting period. On that day we eat souvla, a popular dish of the island – large pieces of lamb or pork grilled on a long skewer over a charcoal barbecue. Friends and family gather around the barbecue, drinking zivania or wine and singing popular songs.

While in Cyprus, you will definitely meet someone called Maria (by far the most popular female name, indicating the deep respect to Virgin Mary). On August 15, your Cypriot friends called Maria, Marios, Panayiotis, Panayiota or Despina have their name day. Do not forget to wish them “Hronia Polla” and make a toast for their health!