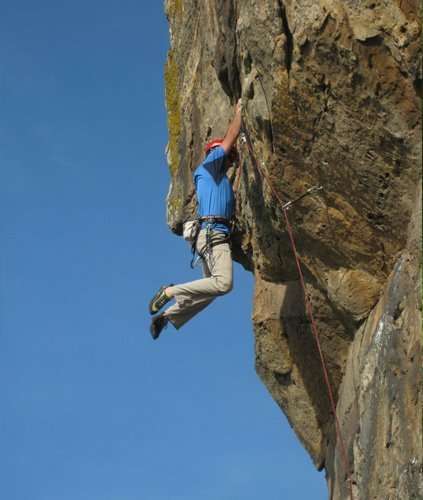 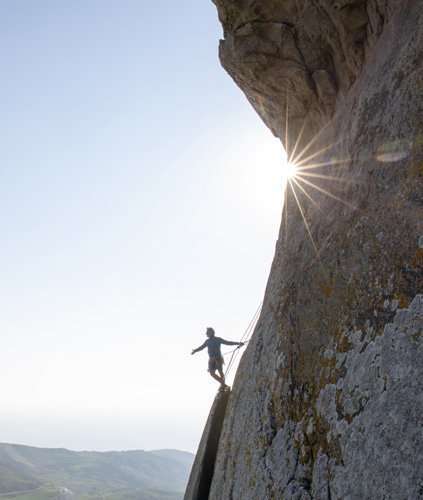 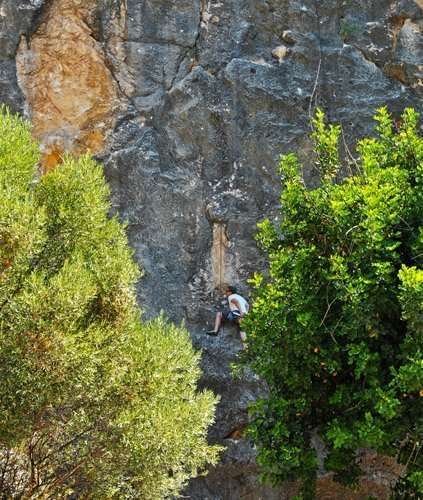 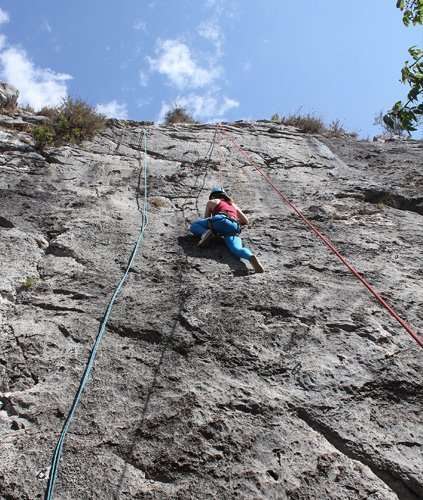 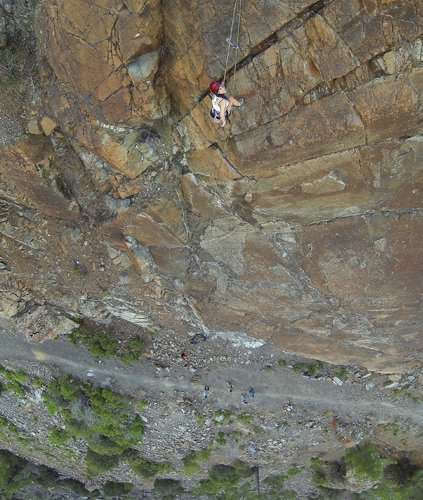 Looking for a climbing experience in Cyprus, then you had better ask the Mouflon! The Cyprus mouflon, an endemic wild sheep, is an important part of our natural heritage and the pride of the islands’ fauna species.  Mouflons are born on cliffs and they enjoy their adventurous lives perilously wandering on rocky mountain slopes.  Climbing steep cliffs is an everyday routine for the Mouflons and this ability is the distinctive characteristic that sets them apart in relation to other goat species.

Cyprus with its varied terrain and exotic geological formations is a dream destination for rock climbing. You can find massive rocks and crags, where you can challenge your physical and mental self. Being on an island, you will be rewarded with astonishing 360°panoramic views from the top of any rock you choose to conquer; views of rugged cliffs or lush mountain slopes rolling down to the island’s turquoise blue shores.

There is a romantic aura surrounding our island’s nature, which is inextricably linked to legends and oral tradition. Therefore most of the time you will be climbing a rock with a story!

Following the Heartland of Legends route on the west side of the island you will come to the Diarizos and Ezousa Valleys which host plenty points of interest for climbers. The “Kourtellorotsos” crag, also known as “Chasampoulia”, is one of the many natural attractions ideal for climbers, offering a number of sensational climbing routes.  It is a compact, but excellent crag, home to probably the best sport routes on the island.  The rock is of hard limestone, reaching heights of 28m.  The crag is split into several sectors and in such a way that it is always possible to climb in the shade.  According to folklore the area of “Chasampoulia”, was the lair of a gang of three bandit brothers. Hiding in the narrow pass, the brothers mugged and killed passers-by and terrorized the nearby village.  The gang was eliminated at the end of the 19th century bringing peace to the area. 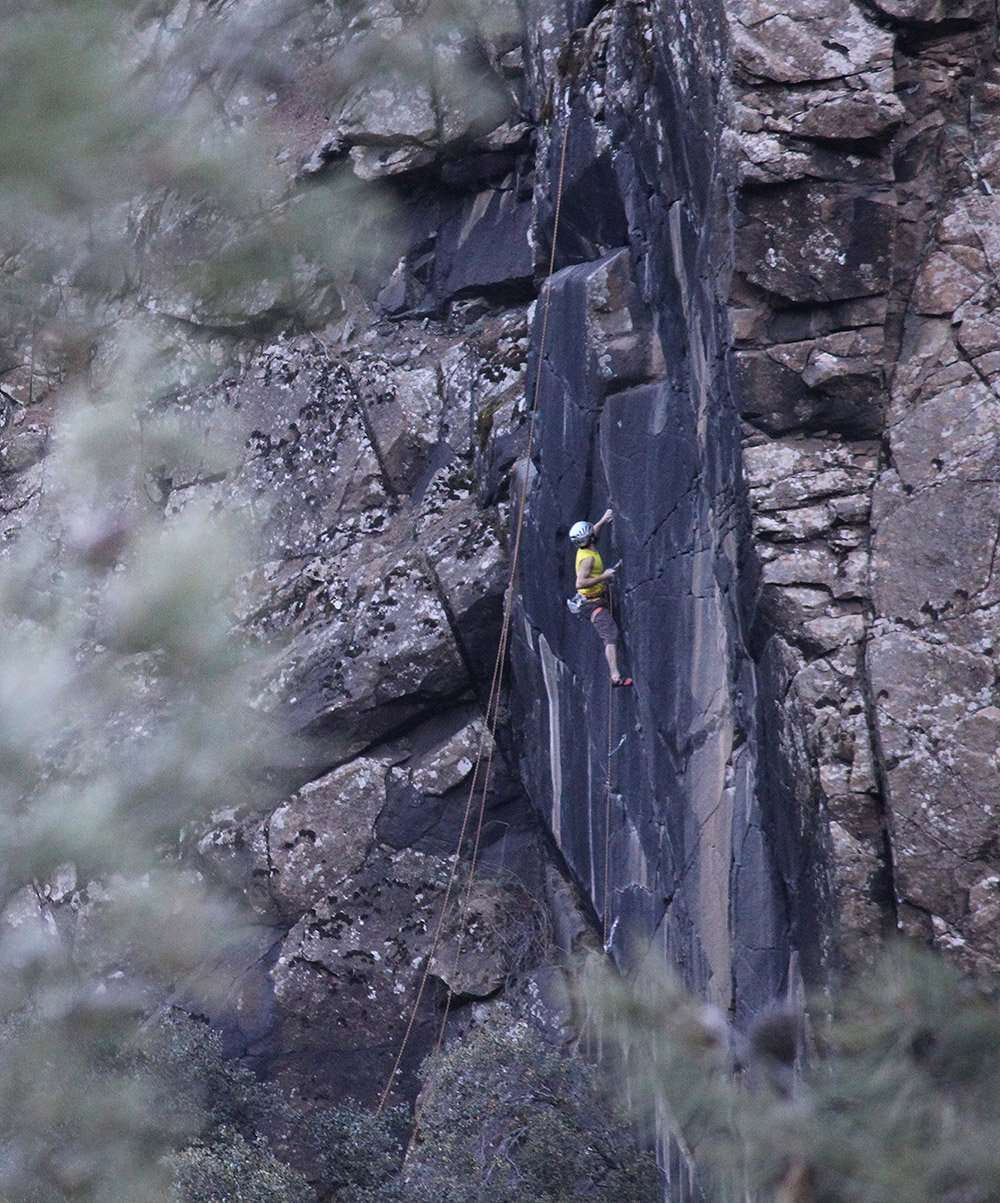 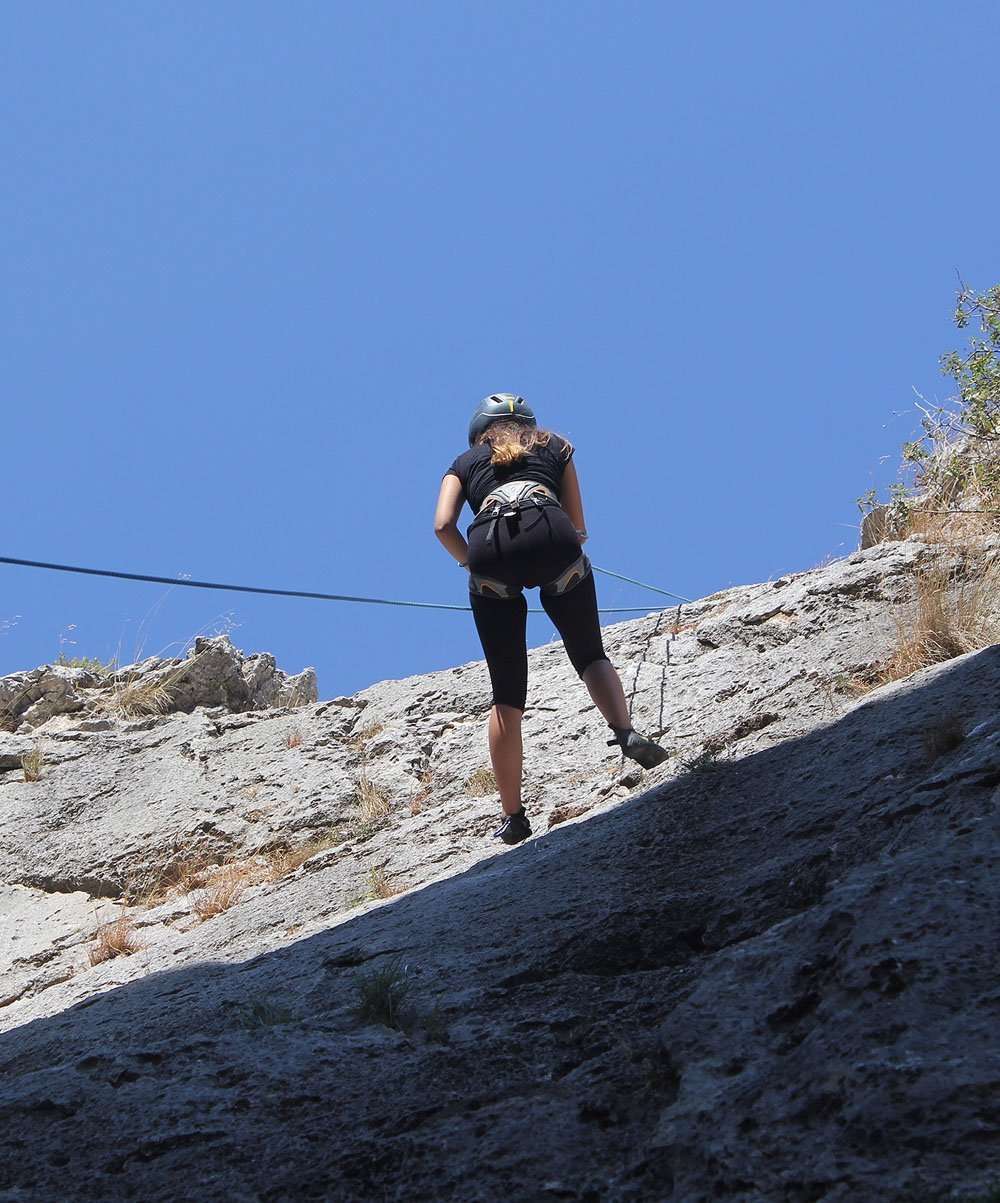 Steep limestone walls on the west side of Ezousa’s River near Episkopi village offer some versatile routes from vertical to slightly overhanging crimpy routes to steep athletic overhangs.  With currently 30 routes ranging from 6a up to 8b/8c and a lot of space for potential new masterpieces, Episkopi is definitely worth a visit, from mid-grade to high-end sport climbers and developers.

The “Cliff of Episkopi”, or “Meteora” is one of the most interesting geological formations of the island and is of great environmental importance as it host important fauna and flora species.  At its base grows in significant numbers the protected plant “Zoulatzia”  (Bosea cypria). There are only three species of Bosea in the world: in Cyprus, the Canaries and the Himalayas!

Further to the west, Droushia – Ineia area with its wide range of crags and beautiful countryside is the most extensive and varied climbing destination on our island. The area offers some of the best climbing routes, ideal for both beginners and experienced climbers, like the Drousia Grag, Alikou, Gerakopetra, etc.

The Gerakopetra (hawk stone) has 35 sport climbing routes, which vary in grade from French grade 4, through to one route at F8a+.  Most of the rock climbing routes is around 15m in length, but there is a number of 30m routes.  The crag is easily reached by the Pafos-Polis road.  There are extensive views from the crag, of the Lara Bay to the west and Akamas Peninsula to the north.

If you decide to climb it between April and November you might get lucky and come across one of the most impressive and rare birds Eleonora’s Falcon who comes to breed in Cyprus.  The bird was named after queen Eleonora, wife to the Lusignan King Peter I, who reined in Cyprus from 1359 to 1369.  The way Eleonora’s Falcons hunt is quite impressive, as they usually hunt in groups of three. Three falcons fly over the sea at a short distance from the coast, gliding at three different heights: one is hovering over the waves, a second one high up and above the coast cliffs and a third one somewhere in between leaving little chance for their prey to escape.  They plummet down, or shoot up, catching the birds in the air.

If you decide to climb the cliffs and crags of the Heartland of Legends route, you can do it all year round. The climate is excellent, among the best in Europe.

Read more by following the link below 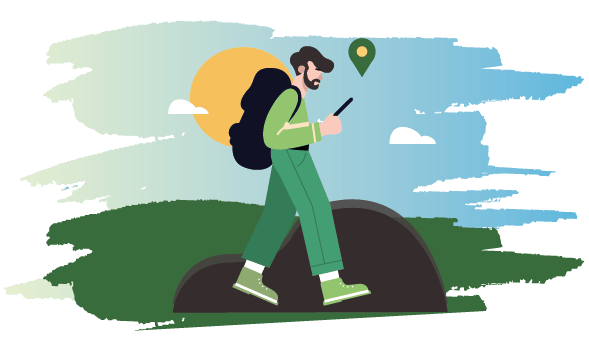 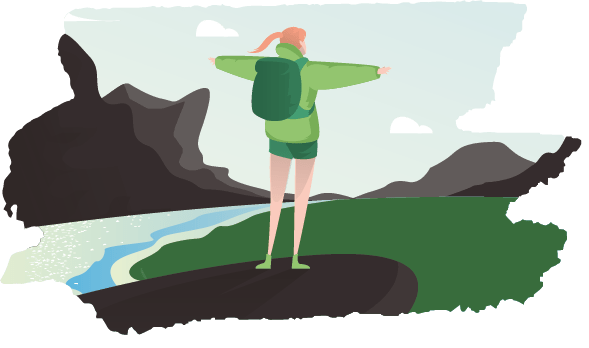 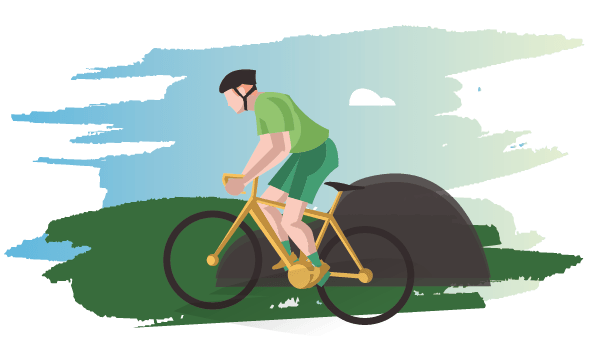 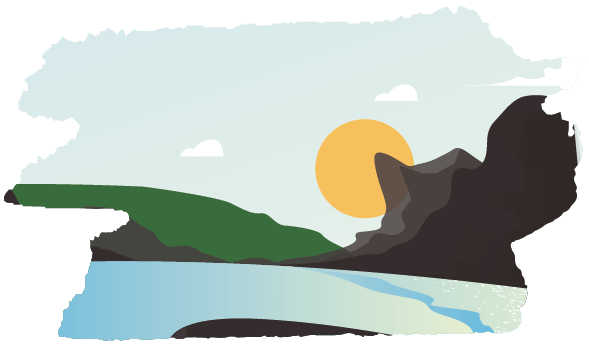 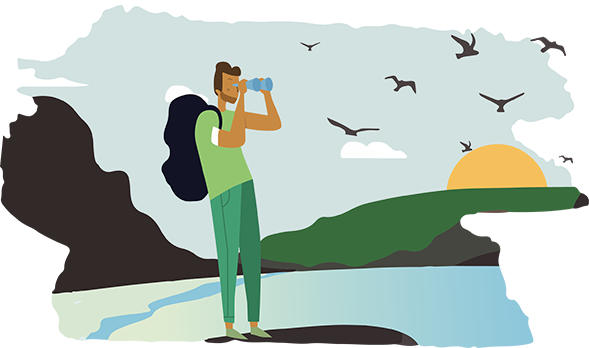